What Birthmarks Should Your Dermatologist Check?

In case an infant has a birthmark, there will likely be a patch, spot, or lump that appears different from the rest of the baby’s skin. The parent may see this when the baby is born, although some birthmarks appear shortly after birth.

Birthmarks occur in various color and shapes. Some birthmarks are flat or elevated. They may be the size of a pinhead or encompass a significant area of the child’s skin. Most birthmarks lie somewhere in between. A birthmark can be red, tan, brown, pink, or another color. Some appear as a bruise while others look like a stain on the skin.

Certain birthmarks occur more commonly. According to estimates, between three and ten percent of infants are born with a type of birthmark known as a hemangioma. Other birthmarks are less common, such as a port-wine stain.

Some types of birthmarks, such as hemangioma or a salmon patch, usually fade by themselves while others, such as a mole, tend to remain on the skin for an entire lifetime. A mole is considered a birthmark when an infant is born with it, or it manifests on the skin shortly after birth.

Why a Dermatologist should Check your Infant’s Birthmark

Most birthmarks are harmless, but if the parent sees a birthmark on their child’s skin, it’s sagacious to have a dermatologist take a look at it.

What is perceived as a birthmark could be the first indication of a skin condition.

It is possible that the baby has a harmless birthmark that will grow rapidly. Witnessing a birthmark grow fast can be scary. For peace of mind, it can be helpful to understand that this will happen and what to watch for.

Certain birthmarks are an indication that something is happening inside the baby’s body. The parent or guardian will know what to expect by making an appointment with a dermatologist as soon as they notice the birthmark. In addition, a dermatologist can inform the parent(s) on whether treatment is necessary, be it a skin disorder or a birthmark.

Experts recommend the following dermatology solutions if a child has a birthmark:

Consult a Dermatologist for a Birthmark Examination

While most birthmarks are not harmful, having a dermatologist assess it as soon as the parent notices it is vital.

A dermatologist can inform the parents on the type of birthmark the child has and whether they need to do anything about it.

Be Aware of Any Changes

It is quite normal for a birthmark to grow as the baby grows. Some birthmarks will grow rapidly and then fade without causing any problems.

However, when a birthmark grows rapidly, it may lead to problems. In case the child appears to be in pain or the birthmark breaks open, the parent should contact the child’s dermatologist. The birthmark may require wound care.

In case the child’s birthmark is a mole, it is natural for the mole to grow with the child. However, if there are any other changes to the mole, such as quick growth, more than one color, or a zigzag border, the parent should consult a dermatologist.

For more information on procedures and treatments offered at Texas Surgical Dermatology PA please call 832.663.6566 or click here to contact our dermatologists. Helping patients in Houston, The Woodlands, Springs, Katy and other surrounding areas of Texas. 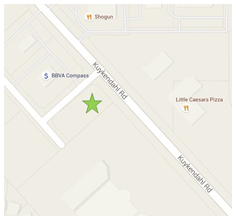